Ieva Norvilienė graduated from Lithuanian Academy of Music and Theatre in Management of Audiovisual Art (2006). She also studied Public Relations at Vilnius University and was a participant in courses offered by such initiatives as Strategics, European Films Crossing Borders, Film Business School, EAVE. In 2006 Ieva was a participant at the Producers On The Move program initiated by European Film Promotion (Cannes film festival) and Berlinale Talent Campus (Berlin film festival). In 2007, Ieva’s film project ANARCHY IN ŽIRMŪNAI (script by Saulius Drunga) gets MEDIA New Talent Award  (Cannes film festival). In 2007 Ieva Norvilienė was selected to represent Lithuanian at the international competition of Young Screen Enterpreneur of the Year, organized by British Council.
During her studies she participated in many student short film productions and started working as freelancer production manager with several advertisement production companies and until now she produced more than 100 TV clips.

It was at the Academy that she began collaborating with director Ignas Miškinis– produced and distributed his short film EASILY AND SWEETLY in 2003 which was released in Lithuania and inspired a renewed audience interest in Lithuanian cinema.

It’s the first Lithuanian film which is not only commercially successful, but also well appreciated by film critics. Film was selected for the 2005 Rotterdam film festival, program Young Existence and also screened at festivals in Seoul, Melbourne, Hamburg, Cottbus, Berlin among others.After graduating, Miškinis and Norvilienė developed and produced their first feature film DIRINGAS, with support of Lithuania Ministry of Culture, Culture & Sport Foundation and private sponsors. DIRINGAS was successfully released in Lithuania in 2006.Ieva has adopted the contemporary film promotion and distribution concept, which successfully proved out in distribution of contemporary Lithuanian films. Films Ieva distributed was included in many festivals programs and Lithuanian films presentations.In 2005 Ieva and Ignas founded their own production and distribution company Tremora – to create a contemporary, more active and more adventurous film enterprise. Other young directors of Lithuania are incorporate into Tremora activity and distribute their films and develops present their projects with Tremora support. Apart from several others film projects in development with young Lithuanian filmmakers, Ieva is currently working on Ignas Miškinis second feature, LOW LIGHTS– an unconventional urban road movie and Saulius Drunga ironic urban drama ANARCHY IN ŽIRMŪNAI. 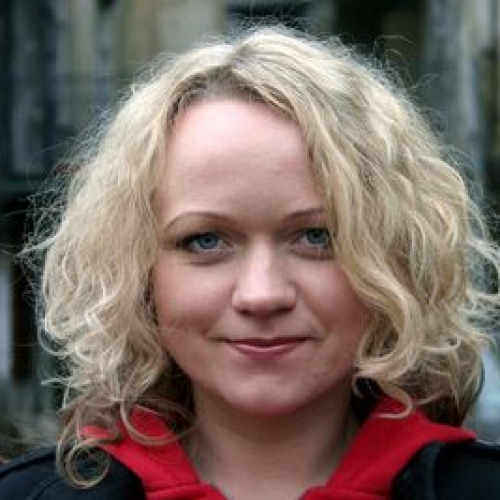